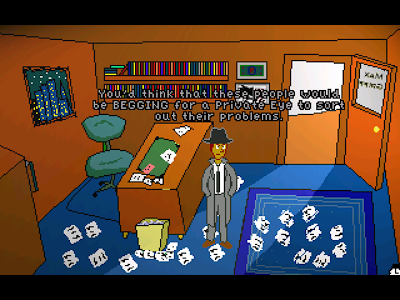 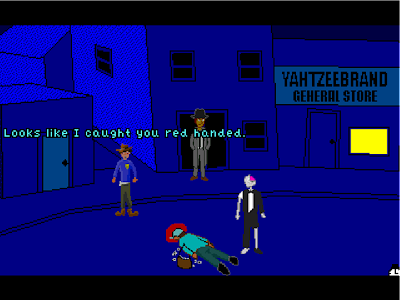 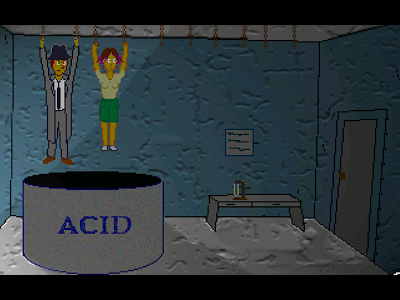 Paul Moose In Space World is a creation of AGS forum member 'thecatamites'. It is the second AGS game released by this developer and continues with the rather unorthodox graphical style used in his first effort.
Story

The best way to describe this game in my opinion would be as an interactive animated short, hence the game is suited by the obscure premise it serves up. The player takes control of Paul Moose, a humanised moose in space searching for aliens. The main protagonist is accompanied by his robot friends who are actually household objects, i.e. an ironing board, washing machine, television, and lamp.

The story is not an important aspect of this particular game - rather it's there to showcase the character, as is the case in many short animated television features. 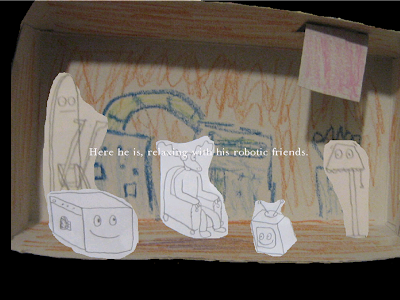 The atmosphere is important however, and the game delivers one which befits it's quirky nature. This is via a combination of simple graphics and (sometimes humorous) dialog with some great music thrown in to boot.

The backgrounds are mainly drawn in crayon on cardboard cut-outs and their simple amateurish look may divide opinion. My thoughts are that they work perfectly in a game of this type. However, whilst the main character sprite doesn't necessarily detract from the game's atmosphere, it would have been nice to see abit more life brought into Paul Moose. Perhaps using safety pins to attach his limbs to his body would enable a suitable walk cycle to be created as well as various other actions. Not sure how viable that would be but is just a thought off the top of my head. 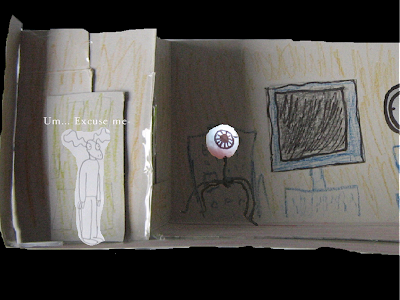 The game's contains a mix of inventory and conversation based puzzles whilst some also require the player to make use of the simple abilities of Paul's household friends. The puzzles are all simple enough and logical within the gameworld.

Lengthwise, the game is short and will no doubt be completed in one short sitting. Although the story doesn't present itself as being one which needs much telling, it would have perhaps benefited from including a couple of extra episodes like this one with Paul being thrust into other peculiar situations. 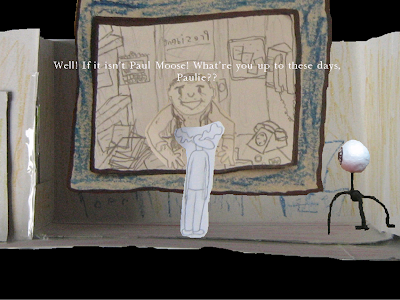 Overall, Paul Moose In Space World is a fun little game with a graphical style that very much suits it's whimsical nature. Despite being a little rough around the edges, it still has plenty of appeal as a freeware game, particularly for those whom are fans of laid-back animated shorts and cartoons.

Cons
- Could have done with containing a few extra 'Paul Moose In...' episodes
- Main character would have benefited from a walk-cycle